This online shop is using cookies to give you the best shopping experience. Thereby for example the session information or language setting are stored on your computer. Without cookies the range of the online shop's functionality is limited. If you don't agree, please click here. 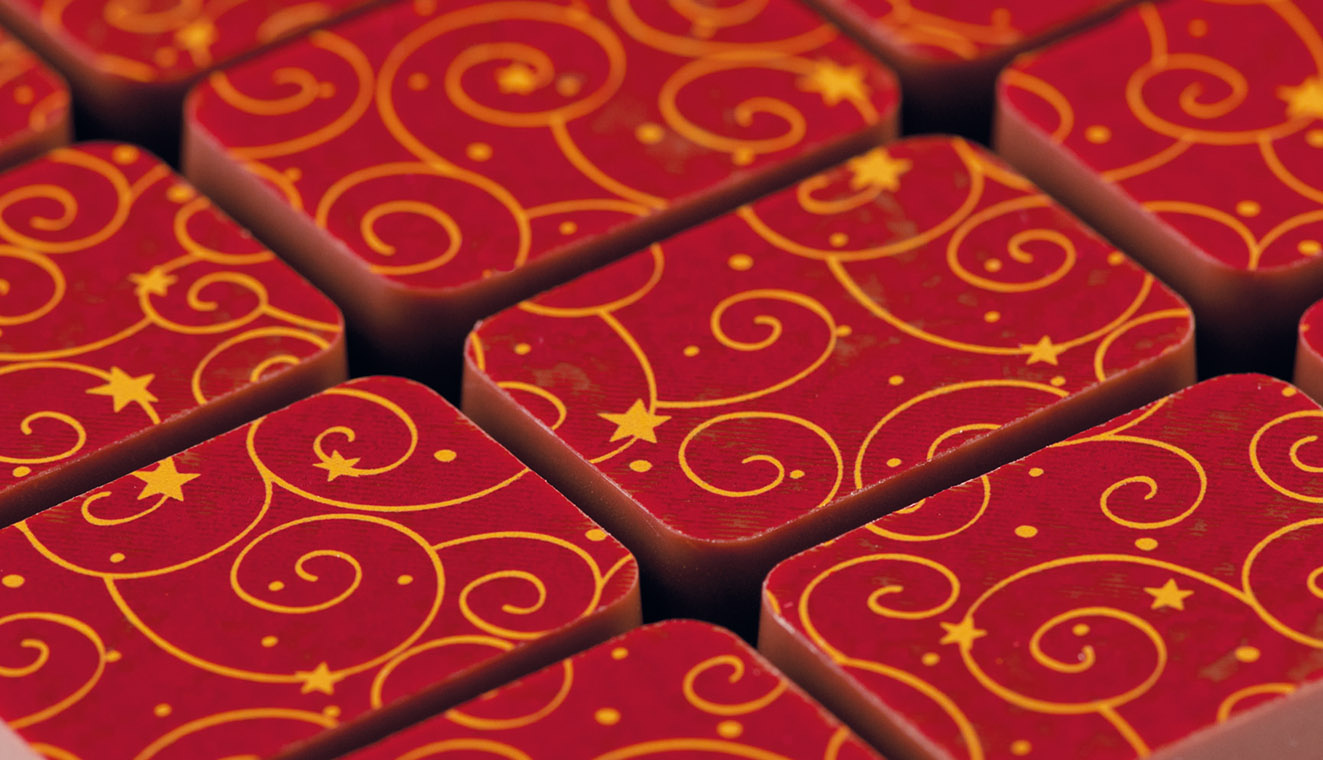 For our Decoprint moulds we focused on a comfortable handling. The moulds consist of two mould halves made of Polycarbonate: The bottom plate contains the centering for the sheets (either with a transfer print or with another kind of design). The mould upper part is fixed with the help of magnets onto this bottom plate. In order to make opening easier all these moulds are fitted with finger notches.

Upper and lower mould halves which need to be used together have the same translucent colour to avoid mix up.

You can order upper part and bottom plate as a set or alternatively both components separately. The latter possibility makes sense when you already have the bottom plates and just need to change the suitable upper moulds.


In this category you find Decoprint forms as sets from separate part and bottom plate.

Possibility to place orders for commercial customers as confiseurs, cafés and chocolate producers or private customers.